The Little Mermaid, Lego bricks and Andersen – these are what people usually recall when asked of the capital city of Denmark (click). These are the symbols of Danish capital. But this city hides some other interesting things and places. Where and how can they be found?

A lot of people in Copenhagen move around the city by bike. That form of transport is far more popular than cars here. This is the reason, among other things, of this city being so ecological. Bicycles can be found everywhere, and in the city centre visitors can borrow one for free. The special routes for bicycles are demarcated there.

The chance to see the stars

On the Kobmagergade street there is the oldest astronomical observatory in Europe. It was built in 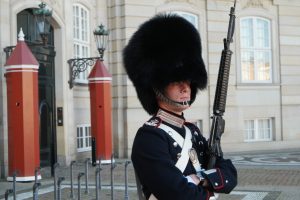 17th century for the university, placed on top of The Round Tower. Besides observatory, the building has an observation deck. Here the city can be seen from the height of 35 metres. The route to that leads inside the tower – not by stairs, but by the inclined footpath.

The museum of beer

In Copenhagen, tourists can visit the Carlsberg Museum. The brewery was established in Denmark in 1847 by an industrialist J. C. Jacobsen. Then the museum was opened and now the enormous collection of beers can be seen here. Also, the visit here is an occasion to find out something about how the beer is made and what was the history of Carlsberg brewery.

The interesting and mysterious district of Copenhagen attracts a lot of visitors. The inhabitants have their own, alternative codex. It is good to 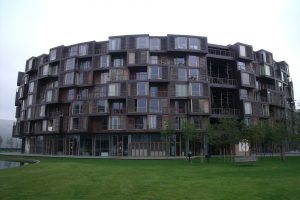 remember that no photos of local people should be taken here. The district disapproves violence, theft and hard drugs, but the cannabis can be bought there. Also, it is better not to run here – someone who runs can be recognized as a robber or a policeman.

The big attraction, not only for small visitors, is Tivoli Gardens. Opened in 19th century, it has been greatly developed and now it consists of restaurants, cafés, an amusement park and beautiful plants. In the evening, when everything is floodlit, it really impresses. Live concerts and some shows also take place here. This place is vibrant and interesting for people at every age.

Danish capital city is an astonishing place. People from all over the world come here to see it. Also, the citizens from the other parts of the country decide to move in here. Nice climate, good infrastructure and wonderful views – all these things can be met here. So maybe it is a good idea to visit Copenhagen for several days?