Paris has many faces. It is a city of love, romance and the French songs that are available at every corner. In fact, the city is the capital of France and its largest city located on the banks of the River Seine. Paris is a centre of art, fashion and love because numerous couples have meet in the city and even more have got married here. This article will point out the most significant information on the city that is worth to know before you arrive in the city.

The landmark of the city

The landmark of the city that is placed at every postcard is definitely the Eiffel Tower. It is the iron tower placed on the Champ de Mars. The tower is named after the French constructor and engineer – Gustave Eiffel. The tower consists of three levels and two restaurants that are placed at two levels. Moreover, it is 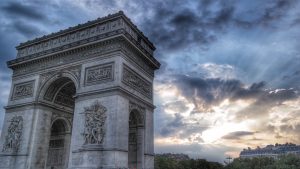 available an observation desk that will let you to observe the view of the city from really high – the tower is 300metres/984feet tall! The tower was constructed from 1889 and it was the tallest tower from 1889 to 1930. Nowadays, its dimension does not surprise because there are numerous buildings much taller than the Eiffel Tower. However, it is always worth to visit the tower and have a cup of coffee in one of the restaurants.

The transport possibilities to Paris

The transport in Paris is well-developed as well as the transport possibilities that goes to the capital of France. However, if you are not close to Paris, it is worth to travel by plane to Paris to reach the city fast and without missing the routes. The city is operated by three international airports. They are: Paris Charles de Gaulle Airport (CDG), Paris Orly Airport (ORY) and Beauvais – Tille Airport (BVA). Those three airports serve about 100 million tourists every year. The busiest airport of Paris is Paris Charles de Gaulle Airport (CDG) that serves about 70 million travellers. It provides numerous direct flights to all six continents.

Where to overnight in Paris

Paris is a city available for tourists with various budget. There are available about 4000 properties for the holidaymakers. The most popular forms of accommodation are: apartments, hotels, bed and breakfast hotels and hostels. 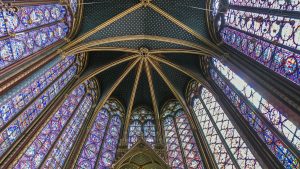 The places to overnight are located near famous landmarks such as the Eiffel Tower, the Louvre Museum, the Arc de Triomphe and few more. What is more, the hotel guests who prefer high quality standard will find popular hotel chains such as Astotel, Best Western, Mercure and Timhotel.