Since Poland became member of European Union, most of the capitals on the continent became a lot more available to the Polish tourists. It is because of cheap airline companies, which are offering decent deals on flights. Over million of Poles are living in United Kingdom, mostly in London. If you like to spend a weekend in some nice place you should go there for sure.

The best time for travel

Because of big amount of Poles in UK, some months could be very expensive in airline carriers offer. In hot season, like Christmas, Easter and national fests 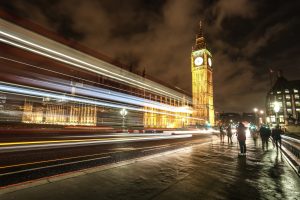 times, a lot of Polish people from London are travelling to Poland to visit their friends and family. Because of popularity of this date airline tickets are very expensive. That is why if you like to travel to the capital of UK for a penny, remember to book a ticket for low season month. Also, if you book it several months ahead the price could be even smaller and you have a chance to find decent accommodation in a nice price.

Entire London is filled with amazing buildings, founded in many different epoques in history. First of all you need to visit the British Parliament headquarters, named Westminster Palace. It is monumental, Gothic building with popular Big Ben Clock attached to one of it towers. It lays by the river, you can take a walk trough the Westminster Bridge where you will find a lot of souvenirs. Not so far away from the Palace lays the Westminster Abby. It is amazing settlement of sacral, mostly Gothic buildings. It is very important place for British people, cause members of royal family are coronated in there. Also, in the dungeons, there is a crypt where their ashes are laying. If you like to see very old, medieval building, go for a tour to the Tower, amazing fortress from tenth century. It used to be main prison for the political and royal convicts, Mary of Stuart spend more than a dozen years in there.

London is also filled with interesting galleries, like Tate British for example. Inside you will find astoni 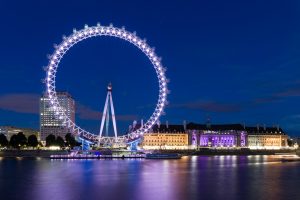 shing collection of British painters, like Turner, Rossetti, Gainsborough or Blake. If you like to take a picture with some celebrity, you can visit the Madame Tussaud gallery of wax figures. It is first object like that in entire world, founded in the late nineteenth century by French artist. Another place worth to be seen is Tate Modern. It is amazing exhibitions of artists from the first part of twentieth century, like Picasso, Miro, Dali and Kandinsky.