Why is it worth to dedicate your time and travel to Brussels?

There are numerous reasons and there are some of the most important ones. It is worth to start your city sightseeing from Royales Saint-Hubert Galleries – it is a beautiful shopping centre dated back 1847. There are numerous cafes where you can relax and enjoy the delicious Belgium food and deserts. The second place worth seeing is the Grand Place – it is the landmark of the city. It 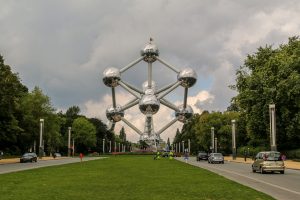 is an enormous square located in the center of the city. It is well-maintained and lures tourists from different corners of the globe. It is recommended to visit it during summer months where it is covered with a colourful flowers that make the beautiful carpet. The Grand Place is surrounded by remarkable houses from all sides. However, the characteristic building is the Town Hall from late-Gothic with a tall tower visible from many corners of the city. The square should be visited at different times of the day or night. However, not matter what you would like to visit in Brussels, it is worth to see the real symbol of the city that is available at numerous postcards, mugs and other souvenirs. It is a monument of a young boy who is pissing to the fountain. The sculpture is called Manneken Pis and it demonstrates the sense of humour of Belgium citizens.

How to get to Brussels?

Would you like to walk on the Grand Place and see the Manneken Pis? Then you should get on the pla 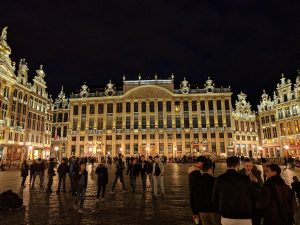 ne and arrive to Brussels. The city is served by two huge international airports so it is strongly advisable to travel to Brussels by plane. The first one is called Brussels-National Airport and it is placed about 10miles/12kilometres from Brussels City Centre. The second airport is Brussels South Charlevoi Airport and it is located about 30miles/50kilometres from the centre of the city.

Where to stay in Brussels?

There is a rich offer dedicated to needs of every traveller. There are less expensive hostels as well as five-star hotels. However, the most popular forms of accommodation are hostels, hotels, apartments and bed and breakfast hotels. There are also available popular hotel chains, for example Ibis.